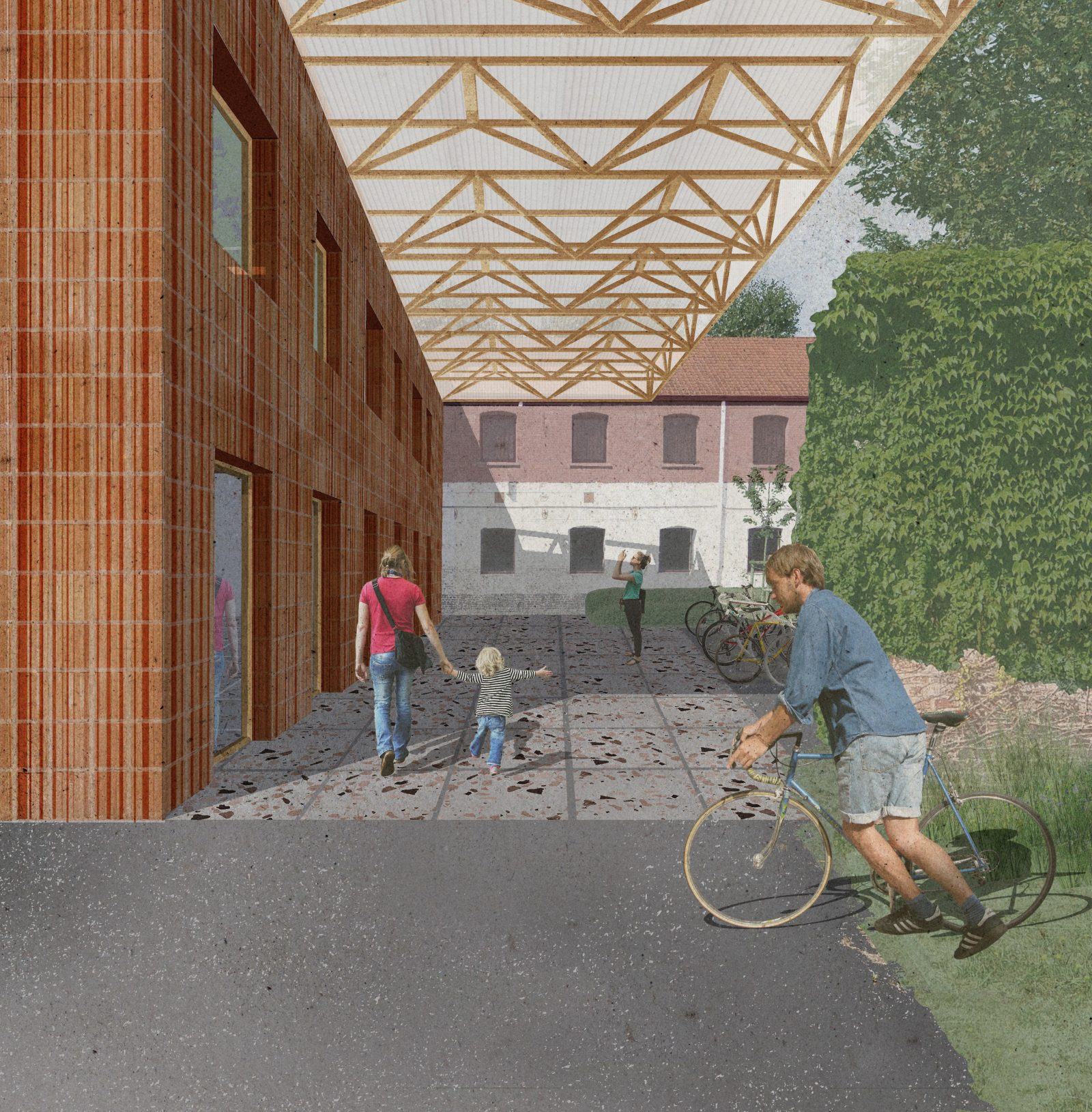 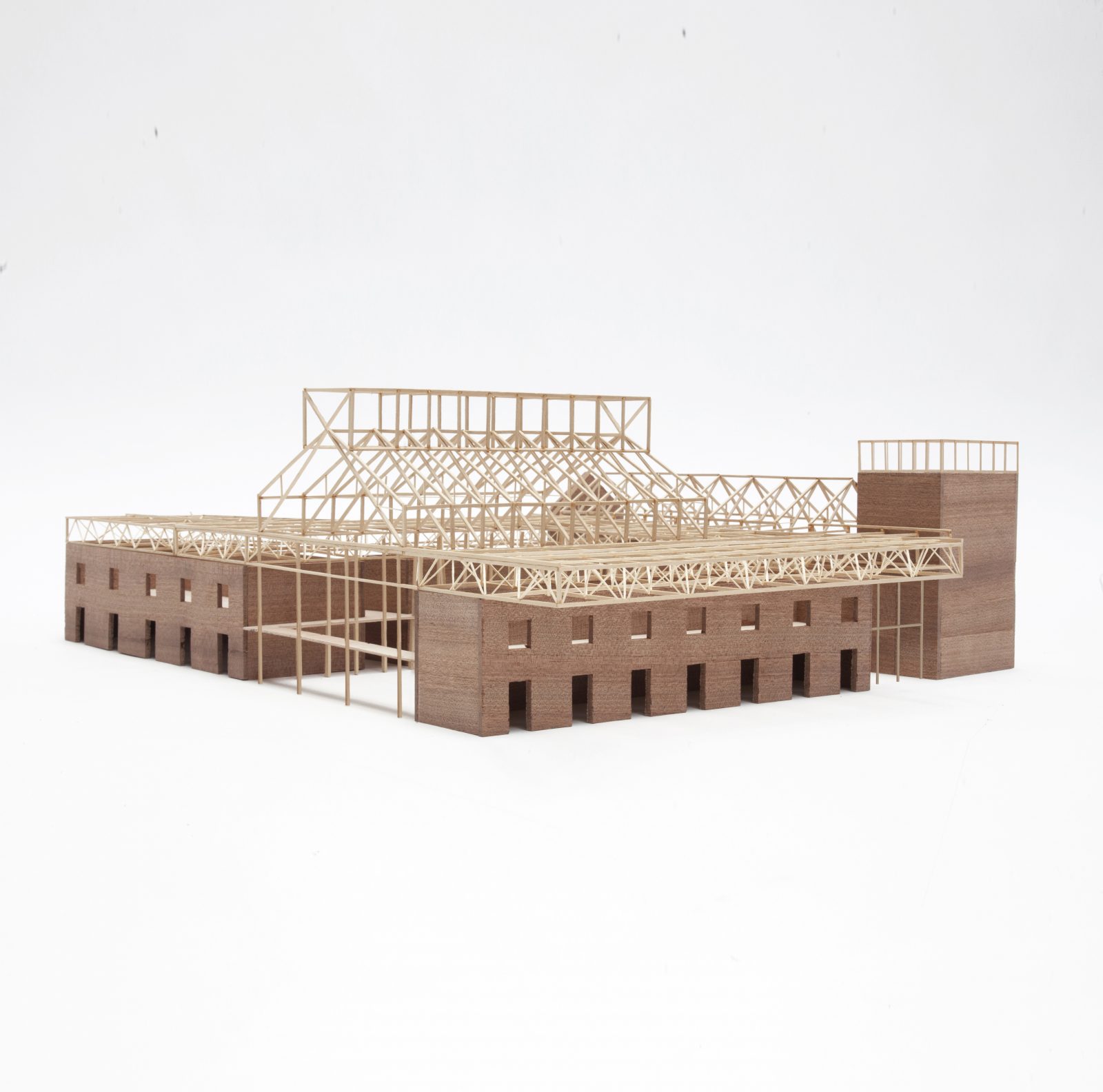 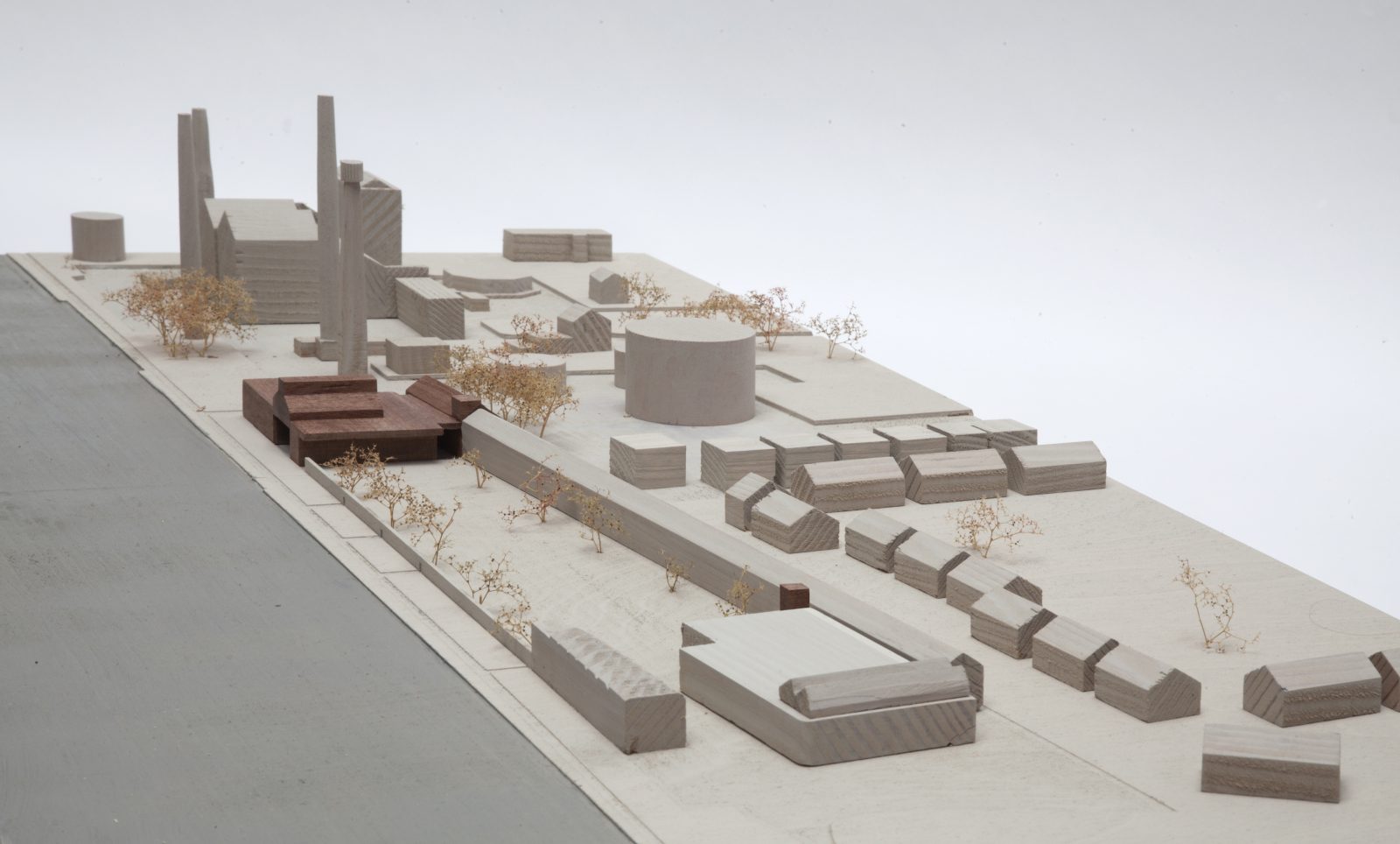 Assemble and Brussels–based architecture practice Czvek Rigby have won a competition to design the extension for the Kunstacademie (Art Academy) on the Transfo site in Zwevegem, Belgium. The proposal includes the addition of new music and drama facilities to the existing group of fine art studios, situated in the brick buildings of the former textile factory La Flandre along the Bossuit-Kortrijk canal.

The new building will contain a central hall; a large, covered volume in the spirit of a market hall or industrial hangar. Four two-storey volumes will surround the central hall, connected via deck entrances – a spatial framework that will enable a variety of functions and uses. The building walls will feature extruded clay brick developed through workshops with the Academy, testing different glazes and brick laying technique. 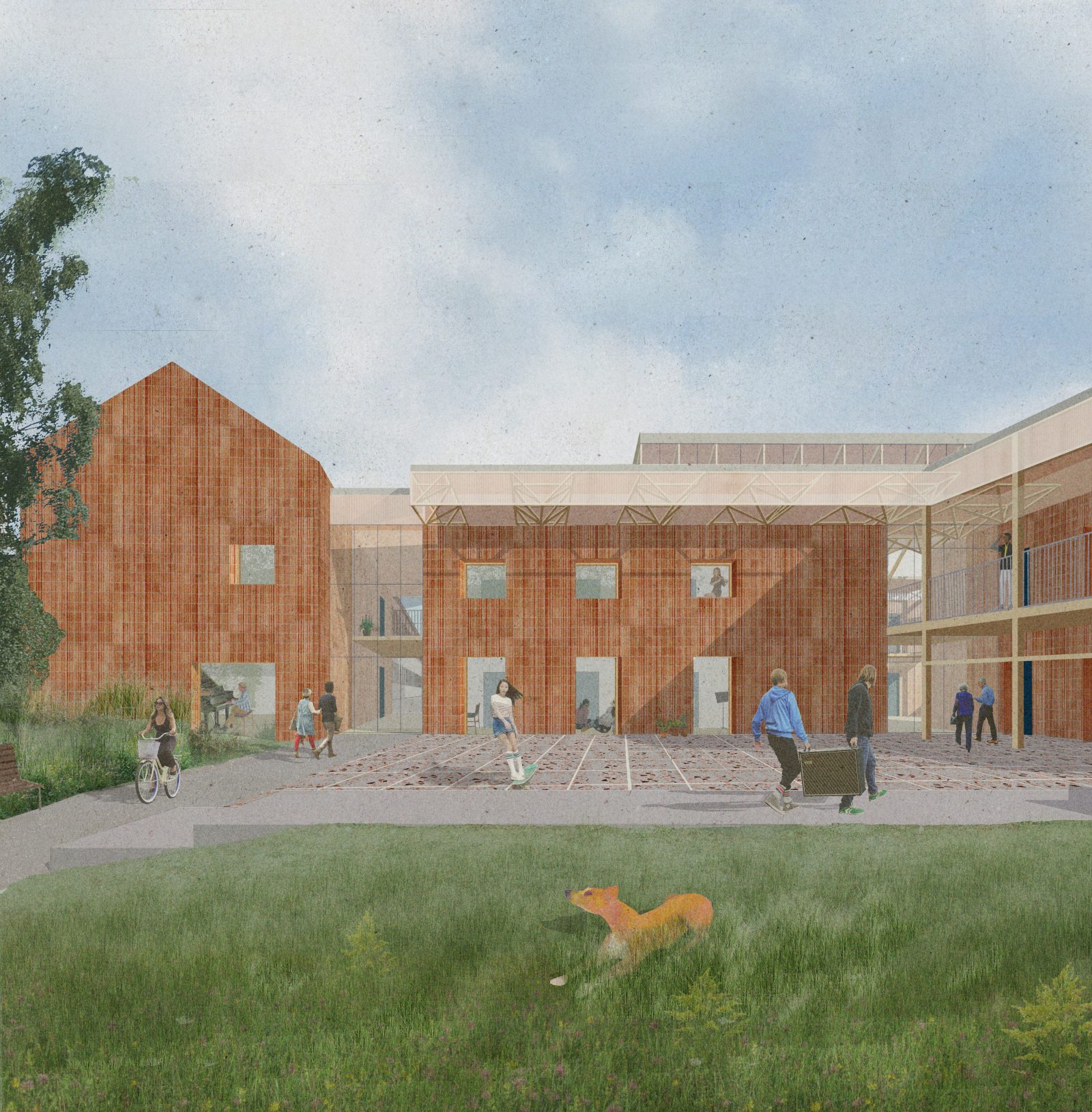